Many Promising new applications of polymers require specific surface properties in a thin layer, either at the whole surface or restricted areas thereon.Surface modification of polymers by photoinduced processes has been demonstrated for many polymers in recent years.1 However,fluorocarbon polymers having to significant absorption in the UV-(VIS) region are reluctant materials for conventional photochemistry,even though thermal surface damage can occur after high intensity irradiation with un UV excimer laser.2 Recently surface modification of polytetrafluoroethylene (PTFE) and other polymers by using UV laser irradiation in reactive media3-5 and vacuum UV (VUV) light treatment from a plasma discharge6.7 has been reported. In the past few years excimer lamps proved to be an inexpensive and simple light source for material processing.8-12 They can be operated in the VUV spectral region, where they can effectively decompose such inert molecules to UV-VIS light as NH3,N2O,O2,or H2O.From our previous results of ArF laser treatment of PTTE in hydrazine gas,3 we also expected PTFE surfaces exposed to photolyzed NH3 to show effective modification.

We used a Kr2* lamp(λ=146nm,Ushio Corp.,UER20H-146,head-on type)and Xe2* lamp (λ=172nm,UER20H-172,cylindrical type) with power densities between 10 and 20mW cm-2 at the lamp window. Excimer lamps emit light in the form of short pulses(several 10 ns FWHM) and are driven with high repetition rates of some KHz.13 The spectral bandwidths (FWHM) of Kr2* and Xe2* lamps were 12 and 14 nm in the emission spectra, respectively.13 The lamp was connected to a small vacuum chamber with a typical base pressure of 0.5 Pa,in which the samples were placed at a distance(D)of 1-10mm from the window. We irradiated PTFE samples(Nitto Denko Corp.,thickness:0.1-2mm)under continuous flow of NH3 gas.Contact angle measurement was carried out by using deionized water and 99.5％ ethanol.Surface analyses were also performed by x-ray photoelectron spectroscopy(XPS;Perkin Elmer,PHI5600ci)using AlKα radiation,secondary ion mass spectroscopy (SIMS:PHI5600ci),and attenuated total reflection Fourier transform infrared spectroscopy (ATRFTIR ; Shimadzu, FTIR-4000, prism:KRS-5,detection angle:45°)

Figure 2 shows the comparison of ATR-FTIR spectra of a nonirradiated sample and a sample irradiated for 90 min by a Xe2* lamp in NH3.In both cases strong C-F vibration peaks of PTFE dominate the spectral region below 1320cm－1.Abobe 1320cm－1 the irradiated sample showed a group of peaks(marked by their peak position).which can be assigned to the ammonium fluoride (NH4F) salt. It is water soluble and hygroscopic, and has a high vapor pressure.14 After rinsing the sample in water and drying in high vacuum, these peaks disappeared.Because the analytical depth of the ATR method is several µm, the small peak intensity of NH4F suggests that the thickness of the layer is in the nm range.

XPS investigation of the irradiated surfaces showed them to be altered when compared to nontreated samples.The relative content of F decreased strongly and incorporation of N and O occured(Table II).15 The samples were washed in water before XPS analysis, but we obtained similar spectra without washing.The fact that the summation of the relative intensities of F/C, O/C, and N/C results in value much smaller than 2, can be due to the formation of CH bonds(H is not directly accessible by the XPS method), or the formation of radicals or multiple bonds of carbons.From SIMS analysis (see below). and by the comparison with the experiments by ArF laser irradiation in a hydrazine atmosphere,16 we conclude that the first alternative is responsible for a considerable amount of the missing intensity.Fine scans of the C1S region show that on irradiated surfaces the shape of the peak changed(Fig.3). As indicated in the figure the maximum peak intensity shifted with increasing irradiation time from a spectral region assigned to CF bond to a spectra region, which can be assigned to either CO and CN bonds or to a CH bond.

Figure 4 shows the comparison of positive SIMS spectra of fresh and stronly modified PTFE samples. While fragments due to C＋(mass number;12), CF＋(31), CF3＋(69),C3F5＋(131), and other combinations of C and F were observed before irradiation, the spectrum after irradiation looked very similar to that of poly(ethylene), which is dominated by CnHm＋ peaks(n=1-5,m=3-9).17The major peaks for PTFE are still present, but in much reduced intensity, and additional peaks correspond to fragments containing N atoms(at 18 amu NH4＋ or at 30 amu CH2NH2＋). These peaks are not present in the poly(ethylene) spectrum. For the irradiated sample the two main peaks of the negative SIMS spectrum were F－ and CN－, but the absolute intensity of the F－peak was 6 times lower than that in the spectrum of nonirradiated PTFE.

For λ below 220 nm the ammonia absorption spectra shows a series of absorption peaks, which are the vibrational regression of transitions to excited electronic states.18 The spectral bandwidth of the lamps covers several vibration peaks. The averaged absorption confficient is about 70cm－1 atm－1 for both lamps. Thus, in the case of the Kr2* lamp, more than 75％ of the light reached the PTFE surface at optimized values of PNH3.The excited NH3 dissociates into H and NH2 with a quantum yield about 0.45 for the Kr2* lamp p and up to 1 for the Xe2 lamp.19 The difference between the H-NH2 dissociation energy of 4.3eV(Ref.20) and the photon energies of 8.5 and 7.2eV, respectivery, was transferred to the dissociation products.We assume that the H atoms, which could have high kinetic energy, reacted at the PTFE surface with CF groups to form carbon radicals in the surface and volatile HF molecules. Model calculations of this reaction on C5F12 using semiempirical methods showed it to be exothermic(ΔH=-23.28 kcal/mol, activation energy 6.11 kcal/mol).16 HF molecules reacted with the ammonia to form NH4F, which was at least partially redeposited on the PTFE surface(Fig.2). The carbon radicals on the surface could serve as reaction sites for H and NH2 radicals, which oriented either from the gas phase or from photoproducts on the redeposited layer.Formation of C=C bonds between neighboring radicals could also occur, but seems to be less likely.The oxygen on the surface could originate from contamination in the chamber,i.e., by water vapor, but more likely introduction of oxygen took place in air after removal of the sample from the chamber, by saturating the remaining carbon radicals or replacing other groups on the surface. The salt layer on the surface could be washed off in water, resulting in an increase of water contact angle as observed experimentally. In the XPS apparatus the layer disappeared under the ultrahigh vacuum conditions(10－9 Torr) employed there, due to its high vapor pressure.

Direct VUV irradiation of the polymer surface was necessary for modification, because the samples which were placed at an incidence angle of 90°were nearly not modified by exposing them to the photolyzed NH3. Thus a photoinduced process on the PTFE surface must be involved. We assume that this process is mainly due to photodissociation in the redeposited layer but up to now we cannot exclude other possibilities such as photoinduced temperature rise on the surface or the occurrence of excited states either in PTFE or in the modified surface layer due to the VUV irradiation.

We wish to thank the Ushio Corp.for the use of the Kr2 lamp and thank the NItto Denko Corp. for the polymer for the samples. 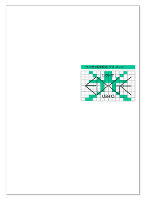