Tensile-strained Si pillars are desired to achieve three-dimensional (3D) transistors with high speed. Effects of ultraviolet (UV) light irradiation on tensile strains in Si pillars covered with SiN:H stress-liners are investigated as a function of the wavelength (172‒436nm) . Tensile-stress enhancement is found at specific wavelengths (200‒330nm) under low-temperature heating (400°C), where dehydrogenation in SiN:H is clearly detected by infrared absorption measurements. On the other hand, equilibrium dehydrogenation by high-temperature heating (>700°C) without UV-irradiation does not cause tensile-stress enhancement. This nonequilibrium dehydrogenation at low temperatures opens up possibility of 3D transistors with high carrier mobility.
©2009 American Institute of Physics [doi:10.1063/1.3278596]

Strained Si-on-insulator (SOI) is promising for break-through the scaling limit of complementary metal-oxide-semiconductor transistors (CMOS), because of the mobility enhancement together with the reduction in parasitic capacitance and leakage current.1-3 Thus, various techniques to obtain strained SOI are investigated. These techniques can be classified into two types, i.e., the global and local techniques. In the global technique, Si layers are epitaxially grown on SiGe buffer layers on insulator.4-7 However, this is not applicable to three-dimensional (3D) structures, such as vertical-channel transistors, which will be utilized in the next-generation CMOS. Thus, development of the local technique using stress-liners, such as SiN:H, is necessary.

To obtain a sufficient mobility enhancement, large tensile-strains (～1%) should be induced in Si. Tensile strains are induced by SiN:H liners formed by plasma-enhanced (PE) chemical vapor deposition (CVD) at low temperatures. The strains can be increased to 0.3%‒0.4% by increasing H concentrations.8,9 Recently, enhancement of tensile strains (～1.3%) by ultraviolet (UV) irradiation, with a broad wavelength (>200nm), during annealing (～400°C) of SiN:H liners has been demonstrated.10,11 However, it was reported that H concentrations decreased by irradiation, which apparently contradicted to the previous reports.8,9 Moreover, the wavelength range, effective to enhance strains, was not clarified. Effects of the H concentration and the wavelength should be clarified to establish the physical mechanism for optimization of the UV irradiation conditions.

Recently, Wang et al.12 investigated strain-introduction in SiN-deposited Si cantilevers , obtained by patterning of top Si and removal of underlying buried oxide (BOX) of SOI wafers, by photoluminescence measurements. This demonstrates that the Si cantilevers are useful for simulation to examine the strain-introduction in free standing Si pillars for the vertical-channel structures.

The strains in the Si cantilevers, as indicated by the broken circle in Fig. 1(a), were evaluated by microprobe Raman spectroscopy (laser spot: ～1μm Φ, wavelength: 532 nm). The strains (ε) in Si were evaluated from the shift of the Raman peak due to the Si‒Si vibration mode (ΔωSi‒Si) using ε=ΔωSi‒Si/715x100(%).13

Since H concentrations in SiN:H can be decreased by annealing without UV irradiation,14 we examined effects of the H concentration on strains by annealing. The infrared (IR) measurements were performed for samples annealed at 300‒1050°C in N2 without irradiation. Typical IR spectra of samples before and after annealing are shown in Fig. 2(a), where the spectra are subtracted with those of the sample completely dehydrogenated by high temperature annealing (1050 °C). Absorption peaks are observed at ～3350cm-1 which are due to the N‒H bonding in SiN:H.15 The peak height decreases with increasing annealing temperature. The concentrations N of N‒H bonds were evaluated using the following equation:15

where K is the absorption coefficient for N‒H bonds (5.3x10-18cm), and t is the film thickness in nanometers. The results are summarized in Fig. 2(b). The H concentration is 2.7x1022 before annealing and scarcely changes after annealing at 400°C. However, it significantly decreases with increasing temperature above 400°C. The Raman measurement of the sample annealed at 600°C indicated that the sample kept a tensile strain (0.31%) . However, the strains changed to compressive after annealing at temperatures above 700°C and became 0.37% (800°C) and 0.43% (1000°C).

The bonding structures in PECVD SiN:H are in non-equilibrium due to low deposition temperatures and high H concentrations, and thus, tensile strains are induced in Si.16 On the other hand, compressive st ra ins a re induced in Si by depositing therma lly relaxed SiN layers by low-pressure CVD(LP-CVD),17 because the intrinsic SiN has shrunk bonding structures.18,19 Thus, it can be concluded that enhancement of tensile strains cannot be realized by dehydrogenation with structural relaxation of SiN:H by high temperature annealing (>700°C). Therefore, a low temperature (<700°C) processing is necessary to enhance the tensile strains.

To clarify the wavelength dependent strain enhancement, samples were irradiated (photon dose rate: 2x1016cm-2s-1) with various wavelengths (172‒436nm) at 400°C for 60 min. The wavelength dependences of the tensile strains in Si and the N‒H bond concentrations in SiN:H annihilated after irradiation are summarized in Figs. 4(a) and 4(b), respectively. The strains in samples before and after annealing (400°C, 60min) without irradiation are also shown by the broken and dotted lines, respectively, in Fig. 4(a). The tensile strain increases from 0.46% to 0.57% by irradiation with the wavelength (200‒330nm). On the other hand, the wavelengths shorter than 172nm and longer than 365nm are scarcely effective for enhancement. Moreover, the wavelength dependence of the annihilated N‒H concentrations shows a good agreement with that of the strain enhancement, namely, the annihilated N‒H bond concentrations are large(～1.5x1022cm-3) for the wavelength (200‒330nm). The annihilated N‒H concentrations (～15x1022cm-3). is as large as that achieved by heating at 700°C without irradiation, where structural relaxation causes compressive strains, as shown in Fig. 2(b). However, in the irradiated samples, the relaxation does not occur because of the low processing temperature (400°C). Thus, this result clearly demonstrates the importance of H removal without structural relaxation to enhance the tensile strains.

On the other hand, the maximum wavelength (330nm) for enhancement can be explained as follows. The Si‒N network structures are slightly shrunk before UV irradiation, because distances between N and H atoms become short due to the attractive force induced by the hydrogen bond. The maximum wavelength (330nm), i.e., photon energy (3.8eV), is almost equal to the bonding energy of H atoms with Si or N atoms[Si‒H:3.9eV(Ref.21) and N‒H: 4.1eV (Ref.20)]. Thus, irradiation with higher photon energy (>～3.8eV) can break these bonds, and the Si‒N network structures are expanded with keeping the nonequilibrium bonding structures by removing H, which results in the strain enhancement. These phenomena determine the minimum and maximum wavelengths effective for the strain enhancement. It can be concluded that nonequilibrium dehydrogenation of SiN:H, i.e., dehydrogenation at low temperatures without inducing structural relaxation, is necessary to enhance the strains. The enhanced tensile strain (0.57%) obtained in this study is smaller than the reported value (1.3%).10,11 As suggested from Fig. 3, the strain can be increased by increasing photon dose rate.

In summary, UV irradiation effects on strain enhancement in SiN:H-deposited Si have been investigated. Irradiation (wavelength: 200‒330nm) at a low temperature (400°C) is effective to enhance the tensile strains, due to the nonequilibrium dehydrogenation. This technique is useful to enhance the mobility of 3D transistors for next-generation CMOS.

We are very grateful to Professor H. Nakashima and Dr. Dong Wang of Kyushu University for valuable discussion. This work was supported by a grant of Knowledge Cluster Initiative implemented by Ministry of Education, Culture, Sports, Science and Technology of Japan. 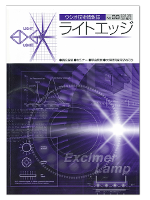