This paper aims to develop three-dimensional measurement method based on digital holographic microscopy (DHM) to investigate the droplet-based microfluidic phenomena. The advantage of DHM is the direct measurement method for the three-dimensional measurement target with single camera based on analysis of phase information of holographic images. Furthermore, we tried to measure two important information about the micro- multiphase flow which are the interfacial geometry and the inner flow structure by applying wavelength separation technique. The present technique successfully obtains the interfacial geometry and the three-dimensional flow in water-in-oil droplet simultaneously.

The droplet-based microfluidic systems, which use two immiscible liquids like oil and water, have been developed for many kinds of useful applications such as mixing1）, sensing, chemical reaction and so on. The efficiency of mixing depends on the intensity of three-dimensional flow inside the droplet that is generated by the drag force from surrounding flow and form the channel wall. On the other hand, micro droplets are generally formed at the micro junction. The mechanism of droplet formation is based on the relative effect of viscous force versus interfacial tension between two liquids. Therefore, the measurement of three-dimensional interfacial geometry and flow structure is necessary to clarify these phenomena.

In this paper, we have applied the DHM (Digital Holographic Microscopy) technique to measure the three-dimensional interfacial geometry and the flow structure directly and simultaneously. Fig. 1 shows the schematic illustration and the photograph of developed DHM system (UDHM-01, Ushio Inc., JAPAN), which consists of an off-axis holographic / interferometric optical system, a high-speed camera (acA2040-180km, BASLER, Germany) and a single mode green laser (Juno 532nm, Showa Optronics Ltd., JAPAN). Previously, we have succeeded to measure the interfacial geometry of transient droplet formation phenomenon by analyzing long wavelength phase images3）. In order to measure the flow structure inside the droplet, we measure the motion of tracer particles, which dispersed into the working liquid, by analyzing short wavelength phase images. The key technique of simultaneous measurement is the separation of phase images by each wavelength.

The target microfluidic chip is shown in Fig. 2. As working fluids, the Silicone oil (KF-6001, Shin-Etsu Chemical Co., Ltd., Japan) is used for continuous phase, and water/glycerol solution is used for to-be-dispersed (droplet) phase. Since DHM detects the difference of refractive index between two materials, the detection of interface uses that between the Silicone oil (1.412) and water/glycerol solution (1.361). Similarly, Φ 2 µm tracer particle (R0200, Thermo Scientific, USA) which has a refractive index of 1.59 is dispersed into the to-be-dispersed phase for the measurement of flow velocity with PTV (Particle Tracking Velocimetry) algorithm.

As shown in Fig. 3, Intensity images and phase images can be regenerated from raw holographic images at each height with desired gap. The three-dimensional interfacial geometry is reconstructed by unwrapping longer wavelength information of phase image (Fig. 4). Then, we can detect the three-dimensional position of tracer particles inside the tip of to-be-dispersed phase using fringe pattern matching method. In order to improve detection accuracy, the intensity information is also utilized. Finally, three-dimensional velocity of particles can be calculated (Fig. 5).

By applying DHM for the droplet microfluidics, we successfully measured not only the three-dimensional interfacial geometry, but also three-dimensional flow in the emerging droplet. These information is necessary to estimate the force balance between interfacial tension and interfacial shear stress for the investigation of droplet formation mechanism. Additionally, this system has a great potential for the measurement of the random motion of living target and the high-speed imaging because the hologram doesn’t need strong illumination.

This work was supported by the MEXT JAPAN through the Grants-in-Aid for Scientific Research(B) No.25289027, and also founded by The Mitsubishi Foundation through the Research Grants in the Natural Sciences, ID:25108. 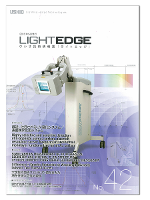