Device miniaturization requires reduction of the thermal budget in the annealing process for ultra-shallow junction and ultra-thin gate oxide. Recently, spike anneal technology has considerably reduced the time of the heating cycle. In heating the substrate above 1000°C, however, the total time of ramp-up and rampdown takes 10 sec or above.

In order to minimize the heating cycle, we newly developed a flash lamp anneal (FLA) technology. FLA was able to reduce the heating cycle within the millisecond range and was successfully applied to activation process by combining appropriate assist heating. In this paper, we first report fundamental results on electrical activation of impurities by using FLA technology.

Figure 1 shows the fundamental configuration of FLA apparatus. This apparatus is composed of xenon flash lamps and tungsten halogen lamps for assist heating.

FLA was applied to As implanted (100) Si substrates. The dose was 5 × 1015 cm－2 at 40 keV. The sheet resistance measured with a four point probe is shown in Figs. 3(a) and 3(b) as a function of the incident radiant energy density and the assist temperature.

Figures 4(a) and 4(b) show SIMS depth profiles of B and As in (100)Si substrate after FLA, respectively. Implant conditions are 0.2 keV, 1 × 1015 cm－2 for B and 1 keV, 1 × 1015 cm－2 for As, respectively. Both show abrupt profiles with the high peak concentrations above 1021cm－3. This suggests that FLA technology has the possibility of creating the super-shallow junction below 20 nm under the optimum conditions.

Figure 5 shows SIMS depth profiles of In in (100)Si substrate before and after annealing. The implant condition is 150keV, 1 × 1013cm－2. The conventional furnace annealing and RTA resulted in decrease of the peak concentrations and considerable diffusion of the dopants with increasing temperature.

On the other hand, the profile for FLA is similar to that for the as-implanted case. Comparison of the sheet resistance and the electrical activation between the conventional annealing and FLA is summarized in Table I. After the conventional annealing, the sheet resistance was about 20 kΩ/□, and the elctrically active fraction was about 20 %. On the other hand, after FLA under the optimum conditions, the sheet resistance was 11.3 kΩ/ □, and the electrically active fraction was 76 %. That is, the maximum electrical activation for the minimum amount of diffusion can be obtained by FLA. From these results, it is considered that the annealing for longer time at higher temperature induces the deactivation of In.

It was found that the single shot was able to create an abrupt profile with higher activated In concentration as shown in Fig. 6. In the case that the number of flash shots was 2 and 3, however, the electrically active fraction was belonw 40 %. Thus, FLA is very effective in electrical activation of In maintaining as-implantd profile. This result is very useful for channel engineering in sub 0.1µm MOSFETs.

FLA technology was applied to the electrical activation of ion implanted Si. An abrupt B, As and In profile with higher activated concentration was realized by using FLA. This result is due to extremely high rate ramp up and down thermal process. FLA will be one of key technologies in sub 0.1µm MOSFETs. 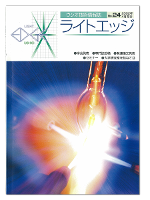